The Foundation for Harmony Presents seeks to enlighten and engage the human spirit by giving a platform for artistic discoveries and life-long reflection and learning, in our most basic and natural habitat, nestled amongst the trees, at our home amphitheater, Harmony In The Woods.
We invite you to join us in the woods where...

Performance is in our Nature 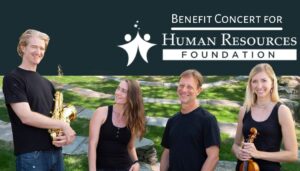 The mission of the Human Resources Foundation is to enhance the quality of life and well-being of individuals with disabilities throughout Northeastern Pennsylvania. They achieve this by providing financial support to their sister agency, the Human Resources Center so that programs and support services are continually enhanced.

In addition, the Human Resources Foundation provides annual grants to community members and organizations whose mission aligns with the advancement and support of individuals with disabilities, providing greater opportunity and accessibility through program, service, or special project initiatives.

The Kindred Souls is an instrumental and vocal quartet consisting of Pete Muller, John Whooley, Missy Soltero, and Martha McDonnell. Pete Muller, a singer, songwriter, and pianist who lives in Santa Barbara, California, has released four solo albums to date. Muller most recently toured the country with the other Kindred Souls in support of his latest solo album, “Dissolve,” which features three Top 30 charting AC singles. Muller says of the group, “John, Missy, and I have been playing together for years and we share great chemistry with one another. When we started playing more and more with Martha we realized we had something truly special as a group. We decided to make it official and call ourselves the Kindred Souls.” “Touring as the Kindred Souls went so well that we thought that maybe we should make a record. Producer Peter Katis (Interpol, The National) helped it all come together and we created our first official EP release, The Sound. Building on each other’s strengths allowed us to offer some fresh takes on songs we all love." The covers album’s first two singles “For What It’s Worth” and “The Way” have both reached Top 20 on the Adult Contemporary chart. Hailing from Western Colorado, multi-instrumentalist John Whooley is primarily a saxophonist . He’s also a recording engineer and acclaimed for his guitar playing and harmonizing. "The joy that I feel when we are harmonizing and playing together is one of the most special feelings,” says Whooley about the band’s chemistry. At 6’5” tall, Whooley likes to perform sitting down with TKS so everyone ends up about the same height. Missy Soltero has been performing with Muller since they met at a mutual friend’s rehearsal dinner 10 years ago. “Pete truly has a knack for bringing together talented individuals and making magic happen with them. I’m proud to be part of such a strong and unique group of musical forces,” adds Soltero. Enamored with making noise since she was a toddler, Soltero’s mother started her in tap dance classes at age three. By age ten, she was acting on camera. After being invited by Muller to sing on his third album, she joined the Kindred Souls as a vocalist. Without a percussionist in the quartet, she took it upon herself to learn the cajon before their first tour. She lives in Mammoth Lakes, CA.

NYC-based classical violinist and fiddler Martha McDonnell is no stranger to the limelight, with stints with major orchestras and Broadway shows, such as the world premiere of “The Last Ship” with Sting, performing on stage with the original Broadway cast of Steve Martin’s “Bright Star”, and the acclaimed “Girl from the North Country”. Her success has led to performances on The Tonight Show starring Jimmy Fallon, The Today Show, Charlie Rose, and the Tony Awards. Commenting on the band’s chemistry, Martha adds, “I think we each bring something unique to the table. We also laugh a lot, which makes the whole experience that much more fun.”

energy to give away. "

Podcast: Meet Pete Muller and The Kindred Souls
Get Tickets

The Foundation for Harmony Presents, a charitable 501c3 organization, believes in cultivating individual and communal growth through offering excellent performing and cultural arts programming, as well as educational opportunities for all ages, interests and perspectives. We are dedicated to ensuring this programming is in line with and thoughtfully crafted around our core values of environmental stewardship, arts accessibility and educational enrichment.

The Foundation strives to be an expression of the best parts of who we are as dreamers and doers.

Tickets for all Friday and Saturday evening performances are $25 and $35, depending on seats chosen, except for Loudon Wainwright III, which is $30 and $40. Please BYOB, chair/blanket and snacks for the 2021 summer season. Parking is available on site and parking attendants will assist attendees. The entrance of Harmony In The Woods is located next to North of the Border Fireworks on Rt. 6 in Hawley, PA. Tickets will be available for purchase in person beginning on July 1st on Thursdays and Fridays between noon and 4 pm at 508 River Street in Hawley, PA.

Be the first to know who’s performing and about special events you don’t want to miss! Tickets become available to our email subscribers first!

Thank you to our corporate Sponsors 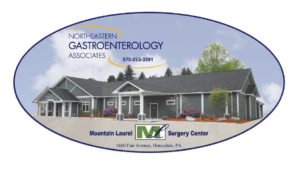 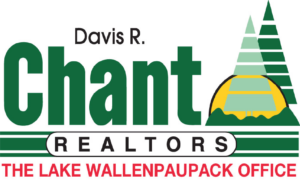 Harmony In The Woods

Know the shows and get your tickets first before anyone else. Stay up to date on the latest news on everything happenings in the woods.